Dogs are our best friends, our trusted and loyal companions. Whatever happens to us, our dogs are there to support us. Did you know that dogs are more human than we think? They may be walking on four legs unlike us or cannot make a speech to express themselves, but on a structural level, they share similar brain waves and patterns with us. This kind of explains why our connections with dogs are deep. Talking about similar traits, have you ever wondered what goes on in the head of your dog when they are asleep? 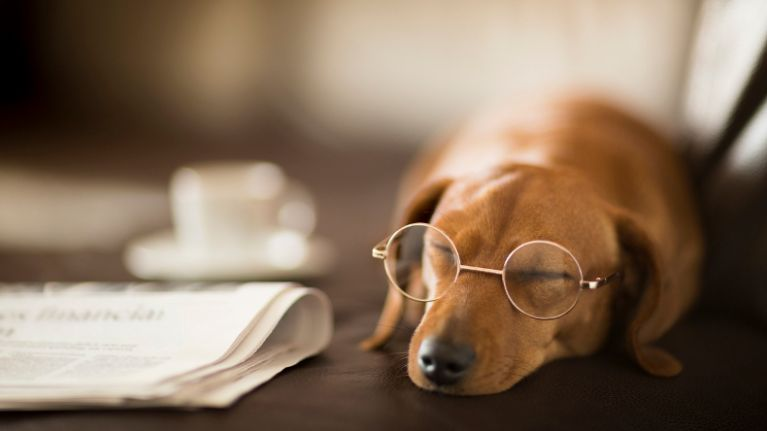 Have you thought to yourself and asked: "do dogs dream?” The answer is yes! Dogs do dream! When dogs are asleep, they sometimes perform some actions or make sounds that make you wonder if they are dreaming. Some dogs may twitch their legs, make rapid eye movements, growl, snap at nobody or even quiver during sleep. These are actions they perform when they are awake, which is why we believe that dogs do dream.

According to research carried out at MIT, some animals that are less smart and intelligent with a simpler brain than dogs like rats, dream. It should not come as a surprise if our dogs, which are smart and possess complex brains, also dream. The research showed that rats have similar sleep patterns and brain waves with humans when they are asleep. The study included putting rats in a complex maze and made them run through the maze. According to brain wave recordings, rats "perform” the same actions of the day while they sleep. Acting out the day's activities at night during sleep is common in humans.

Now that scientists have associated it with animals, it is suggested that animals are also dreaming. During the test, the recording from the electrical readings of the hippocampus, the part of the brain responsible for storage and the formation of memories, showed that with each new memory rats makes, a unique pattern appears. We can use this pattern to determine what actions exactly the rats were doing in their dream. During the night when the rats are asleep, the same unique patterns and brain waves from the previous actions are observed.

These electrical readings are also common in humans, which is why it is easy to know when we are dreaming. The uniqueness and similarity of these patterns and brain waves allow the researchers to tell the exact action a rat would take if it were awake. For instance, if the rat is standing on a particular spot in the maze during the day, it records a specific brain wave; when the animal is fast asleep and gives that same reading, it is safe to assume that the animal is dreaming and performing that same action in the dream as it did when it was in the maze. Dogs have a more complex brain than rats and sleep a lot more than humans. During dog sleep, they also go through the same sleep stages as humans. Dogs also have rapid-eye-movement sleep and non-rapid-eye-movement like us. 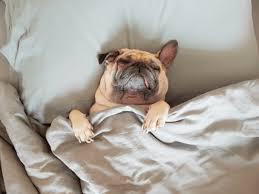 How often do dogs dream?

According to a research carried out on dogs, dogs only spend 44% of their time awake, and use the remaining 56% in different stages of sleep-21% drowsy, 12% in the REM stage, 23% in the slow-wave sleep, a non-REM sleep stage. Dreams occur in all the stages of sleep, but we can recall dreams during the REM stage easier, and they can awaken us.

Just like in humans, the size, age, and breed of dogs determine dogs' dreams. In dogs, within 20 minutes of sleeping, they can enter the rapid-eye-movement stage and can stay in the REM sleep for about 3 minutes. In small puppies, the dreams are shorter and more frequent. The larger dogs sleep for a longer time, and their dreams are also longer in length than the smaller dogs. Also, the muscles of dogs might twitch when they are dreaming irrespective of their age or size. Scientists associate the reason for this shorter and more frequent dreams in small dogs with the part of the brain stem known as the pons. The pons is a brain stem responsible for stopping dogs from acting out their dreams. The pons in smaller dogs is still developing which is why they act out their dreams more often than the large dogs that already have a developed pons which paralyzes the muscles during sleep. Moreover, dreams are connected to cognition and learning, so it is normal for small Chihuahuas to dream more frequently because they are still learning compared to the experienced Great Danes.

It is easy to know when dogs are dreaming because, like humans, they also make movements when they are dreaming. An observant owner will notice that the dog is making pointing gestures which suggests that it is pointing to a dream bird. Dobermans are known for chasing buglers, so when it chases nothing while sleeping, it shouldn't be strange because it is chasing a dream bugler. Also, whimpering, twitching, tail wagging and sometimes barking, are all movements dogs make when they are dreaming, and it is similar to rolling over and hugging pillows in humans. 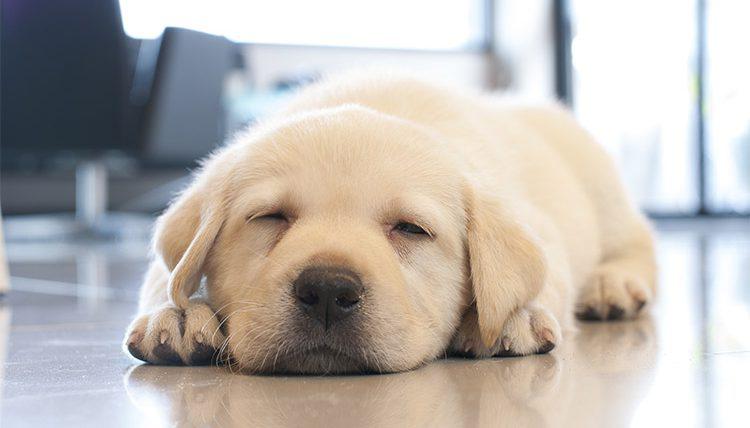 What do dogs dream about? Can he have a nightmare?

When dogs dream, it's difficult to know what exactly they are dreaming about, but the research on rats and the pattern of their brain waves when a similar action is performed in the dream state and non-sleep state only give us little insights. Dreams in humans usually involve reliving the activities we performed during the day, so it's normal to assume that dogs dream about doggy stuff. Nightmares are dreams about scary occurrences or incidents. Since we have established that dogs do dream, it is expected that dogs also have nightmares. When humans have nightmares, it is usually abstract and less concrete, but the reverse is the case for dogs, because their nightmare may be a danger they have actually experienced before.

Is he OK? Dreaming or a medical condition?

Dreams are part of us, part of our biological makeup, and are entirely a normal neurological process of learning; so when your dog dreams, it's not a medical condition you should treat. Like humans, dogs too have a sleep disorder called narcolepsy. Narcolepsy is a medical condition in which the dog's brain suddenly falls asleep. But apart from the sleep disorder, you need not worry when a dog dreams.

We describe dogs as man's best friend because of the connection we have with them, unlike any other animal. Also, research has shown that we share similar biological makeup, so it should not come as a surprise when they tell you that dogs do dream.

A dog owner, who is passionate about the health of the dog should focus more on ensuring that the dog gets enough sleep, and learn how to make the sleep more comfortable due to its numerous benefits. To ensure that your dog gets a night of comfortable sleep, you should take your time to understand the sleep cycle of your dog. A dog usually sleeps for 12-14 hours a day. Furthermore, ensure that your dog exercises regularly. Exercises help the body function perfectly and help with uninterrupted sleep. You should exercise your dog at least an hour daily, regardless of the size or breed. Lastly, give your dog a comfortable environment to sleep in. Don't share their bed, make sure the environment is not too hot or too cold; cover their body with a warm blanket. A healthy dog will sleep fine and have a nice dream. When next you are asked, do dogs dream, you know what to reply.