Despite popular belief, most psychopaths are not criminals. It is essential to differentiate psychopaths from individuals who are utterly annoying and display some of the traits of a psychopath.

A psychopath is a person with a personality disorder characterized by particular behavioral, emotional and interpersonal traits. The traits of a psychopath include manipulating their way through life using deception, charm or violence until they get what they want. Psychopaths completely lack conscience and feelings for others and also possess extreme egocentricity. They do everything as they please, cannot develop meaningful emotional bonds, and always hurt other people without feeling any guilt or remorse. 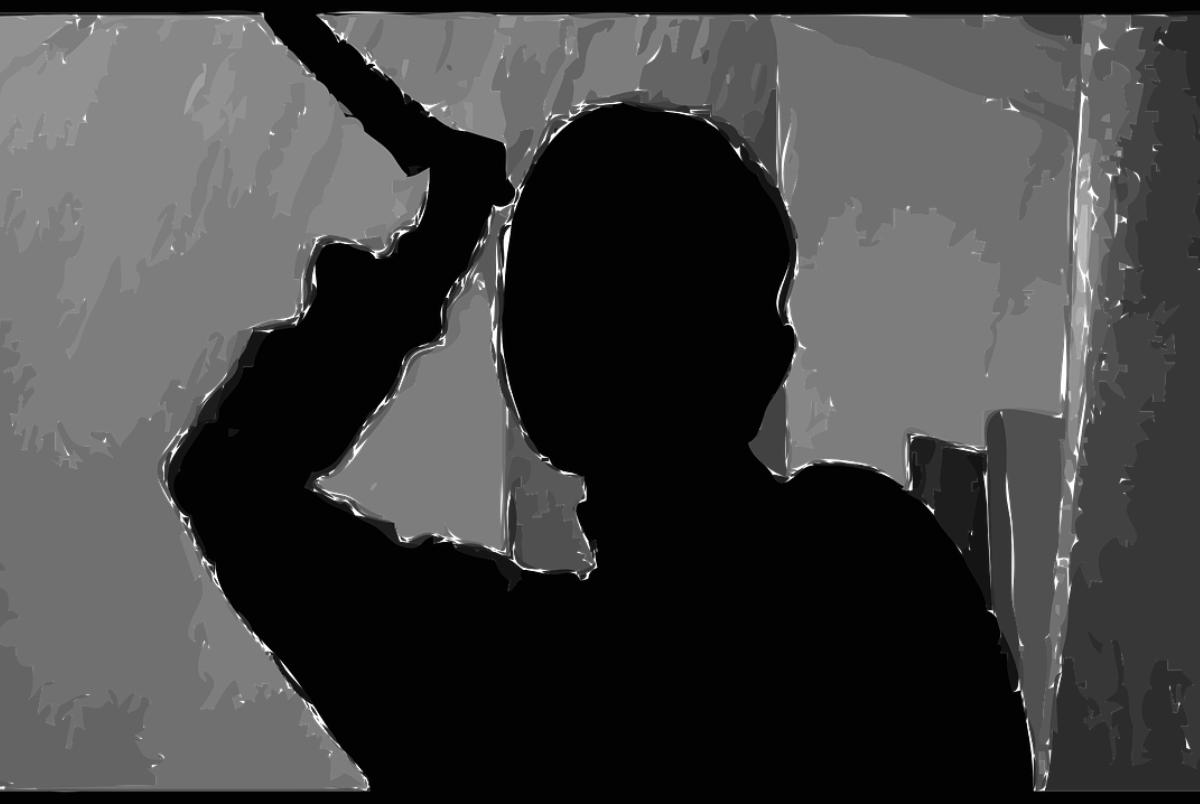 Psychopathy is one of the most researched personality disorders. Since diagnosing psychopathy is a serious task, it needs to be done by a professional. A standard screening checklist for potential psychopaths, also known as the Hare Psychopathy Checklist, is widely accepted as the standard scale to measure psychopathy in persons. It is a sophisticated tool used by experts, not only to assess the presence of psychopathic tendencies in individuals but also to rate them and determine the extent of psychopathy in a person. It consists of 20 rated items.

Hare's Psychopathy Checklist is considered to be the most accurate tool for predicting violent behavior. In the past, the checklist is used to assess people accused or convicted of crimes in prisons and individuals in high-security psychiatric units. The results of the examination are used in forensic settings to help in deciding who should be released or convicted, the length and type of prison sentences and the treatment subjects should or should not undergo. It also assesses who will re-offend.

Now, the list is widely used for diagnosing psychopathy in individuals for legal, clinical, or research purposes.

Signs of an Individual Being Psychopath

The checklist below will give you an overview of the traits of a psychopath, that will help you assess yourself or others around you. But the conclusion should only be made with the help of a professional.

1. Interpersonal characteristics of a psychopath

A psychopathic person has a recurring lying problem. They cannot control their lying habits and will lie for no apparent reason. The lies affect their relationships and work life, which makes it impossible to lead a normal life.

Persons with psychopathic traits view other people as tools or means to achieve what they want. They have no conscience about their conduct and use deception to cheat or defraud others for personal gratification or amusement. They keenly observe how their behavior affects others and use this knowledge to manipulate other people to get what they want.

Psychopaths are highly charming, engaging, persuasive and smooth in their talks. They are overly confident and have dominant personalities. The traits of a psychopath are advantageous in attracting people who frequently, eventually become their victims.

Psychopaths are arrogant people with an unrealistic sense of superiority. They believe themselves to be better than anyone else and feel justified in manipulating other people. They are boastful and exaggerate their capabilities and achievements.

2. Emotional traits of a psychopath

Most psychopathic people do not have feelings or emotions. However, they display superficial emotions that are short-lived. They use faked emotions as bait to entrap people for personal gain and hurt the victims physically, emotionally, or both.

Psychopathic people cannot put themselves in other people's shoes. They lack the sensitivity of what the other people would experience if exposed to mistreatment or abuse.

Psychopaths don't take responsibility for their actions and blame it on others, even for acts they committed. They go a step further and create evidence to show that their victim is at fault.

Another characteristic of a psychopath disorder is lack of feelings or concern for the pain and suffering of other people affected. They lack guilt or ability to take responsibility for their actions.

Psychopaths get easily bored, yet they have an excessive need for stimulation. The quest for stimulation makes them end up taking chances and doing things dangerous. 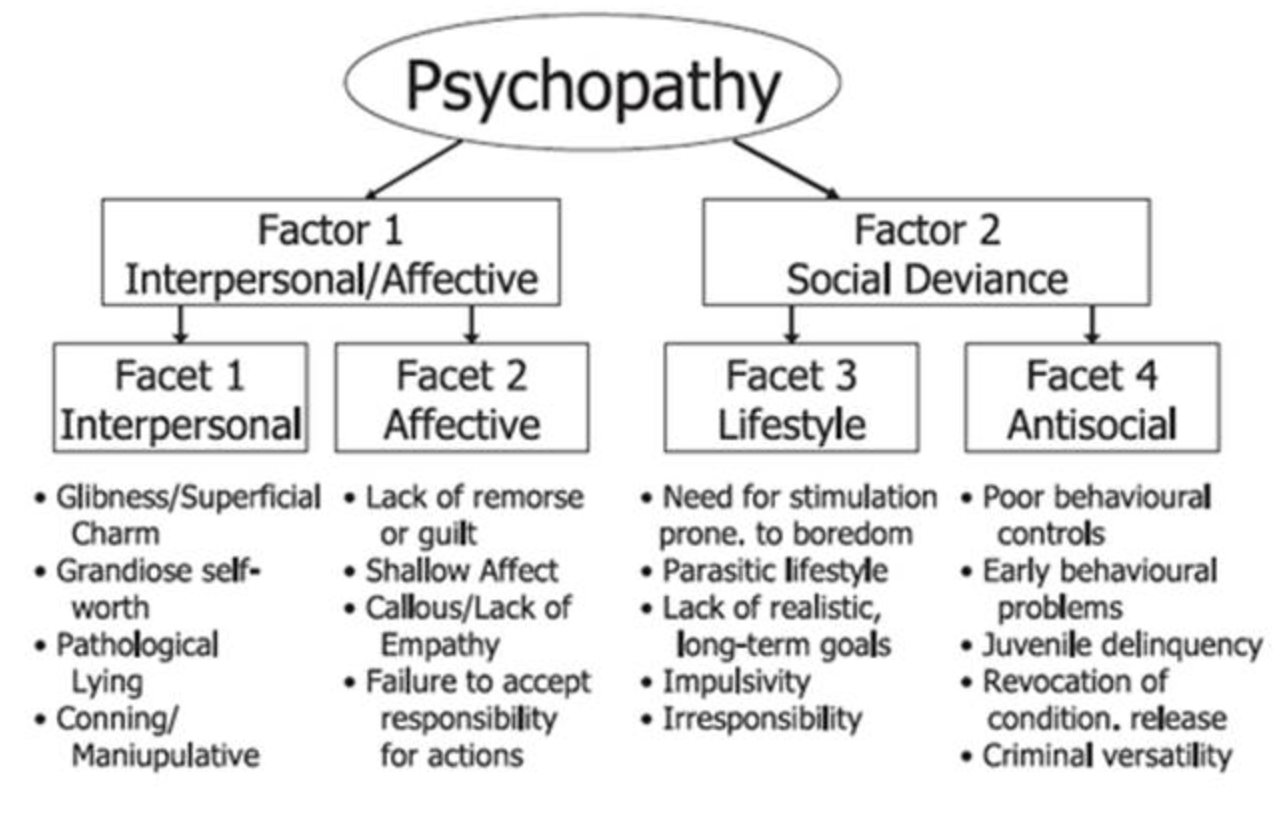 3. Lifestyle traits of a psychopath

Psychopaths usually make unrealistic goals that are unattainable, yet they feel they deserve that. They may also lack long-term goals. They have no roadmap that shows what direction their life will take, and their life achievements are left to chance.

Psychopaths jump into dangerous situations without considering the consequences of their action. They take unnecessary risks and don't take responsibility when things go wrong. These impulsive urges may occur repeatedly and may be irresistible to the psychopath, yet violating the rights of others and against the societal norms.

Psychopaths show repeated failure to begin or fulfill their obligations and shift the blame on other people when things go wrong. They will neglect primary roles like paying their bills and even fail to honor binding agreements.

Psychopaths take advantage of others to get what they want. They expect other people to support their ambitions and give them unwarranted privileges without offering anything in return. A refusal to provide him with what he wants results in anger.

Psychopaths lack emotional connection. To them, sexual promiscuity is not for sexual gratification but is more about gaining power or boosting their ego. They usually engage in unique sexuality involving early, frequent, and coercive sex, having multiple partners or having sex indiscriminately.

Psychopaths lack long-term commitments including marital. They usually give empty promises and display general untrustworthiness. They have no ability to love someone intensely and end up having many short romantic relationships and several marriages.

3. Anti-social traits of a psychopath

Psychopaths usually develop eruptive behavioral problems early in life. They get involved in crimes and acts of aggression, violence, and antagonism. When compared to other children raised in the same conditions, their behaviors are more severe and extensive.

Psychopaths are highly reactive to perceived insults. They have weak control over their behavior. They are mostly short-tempered and often act aggressively to criticism or frustration. However, their outbursts are short-lived, and they tend to snap back quickly. At an early age, they display some vices including lying, theft, bullying and substance abuse.

A psychopathic person tends to commit different types of criminal offenses. Such individuals take getting away with crimes as something to be proud of. Since they don't feel emotions including fear, this often leads to law-breaking acts, regardless if the person has been previously arrested or convicted for them.

If you find people with these traits around you, be careful. But remember that you can only judge that they are psychopaths with the help of a professional diagnosis.